Brian Lawson first joined CCDT as a Young Apprentice, making his performing debut with the Company just one year later at age nine dancing David Earle's Cantate de Noël (1997). Brian was a full member of the Company during some of its most memorable tours, including CCDT's Keynote Performance at the 2000 Dance and the Child International Conference at the Centre of the Arts in Regina, SK, as well as the Company's two-week tour of Singapore and Malaysia in 2002. He originated roles in works by some of Canada's most respected choreographers including Carol Anderson, Peter Chin, Michael Trent, Darryl Tracy and Heidi Strauss. Brian was also in the cast of Holly Small's monumental collaborative work Souls, a full-length piece for 46 performers ranging in age from 10 to 71. Co-produced with CCDT, Souls was named “one of the year’s 10 best” dance productions of 2001 by both The Globe and Mail and NOW Magazine.

Over the last 15 years, Brian's dancing has taken him around the world as a student, teacher, and performer. Read on for some of his fondest memories and valued takeaways from CCDT that propelled him into a career of continued success and discovery as a multifaceted dance artist.

I started as a young apprentice when I was seven or eight years old and stayed with CCDT 'til I finished high school. I remember my first spring tour to Blue Mountain really well. We stayed in these lodge type houses and I remember just being so enamored with the other dancers, and the touring experience itself. I think we laughed for two weeks straight.

I attended Codarts (Rotterdam, The Netherlands) for a year after high school before finishing my degree in Dance Performance at SUNY Purchase (New York). Since then I've performed with a number of dance companies in New York City, but the bulk of my career was spent as a dancer in the Mark Morris Dance Group. This was a dream come true, and so much of my success there was made possible by the learning and performing I did at CCDT. I left MMDG two years ago and have since been completing my MFA in Dance at the University of Washington out in Seattle.

I think that CCDT instilled creativity and discipline in me from such a young age. This balanced approach to rigor and freedom has allowed me to succeed in both the art world and academia. On a very basic level, CCDT prepared me to be a responsible member of a dance company at a very young age. It taught me to take pride in my work, to strive for success, and to support my peers in their endeavors.

I loved dancing so many pieces with CCDT. My mind immediately goes back to a solo that Sharon Moore created for Natasha Hanna and myself called Johann's Dream. It was incredibly challenging physically, but it also asked a lot of the dancer as a creative performer. I remember working so so hard on it and being very nervous to show it to the public. I also am a little bit OCD so Ball Passing [choreographed by Charles Moulton] is another big highlight. Anything that I was able to dance that was created by Carol Anderson also felt like an enormous gift as a young dancer.

Oh my gosh, yes! I am an aspiring teacher myself now and I think back to the bounty of incredible educators who I had the pleasure to meet.

First, my hat is off to Deborah Lundmark. The scope of her vision for CCDT continues to amaze me. None of this would have been possible without her and I remain grateful to have been a part of her company.

Carl Flink was a huge inspiration to me when I was a wee dancer. But Ilara Lopes, Georgina Hayball, Darryl Tracy, Ballet Bob [McCollum], and so many others were there, too. I can't fully express the impact that Donna Krasnow has had on my life, though. I believe that more than anyone she instilled in me a passion for dance, and for knowledge itself, that has enriched my life so thoroughly. I can't thank her enough and I aspire to be half the educator she is.

Currently I am deeply inspired by the works that Pam Tanowitz is making. They are formal, emotional, and so so well crafted.

How did you balance the training and performance demands of CCDT with school, family commitments, and the rest of your life? Can you offer any advice for current CCDT members?

I barely remember how it all got done. I remember a lot of afternoon naps, too. I think it is important to be very honest with yourself about what kind of relationship you would like to have with dance moving forward. If you really believe you can make a career of it, you should work incredibly hard to achieve that goal. You owe it to your talent and to the world of dance. It is a very tough career, though, and your success in school is also key. I would say try your best to give what you can to both, and listen to your heart as to which you prioritize. 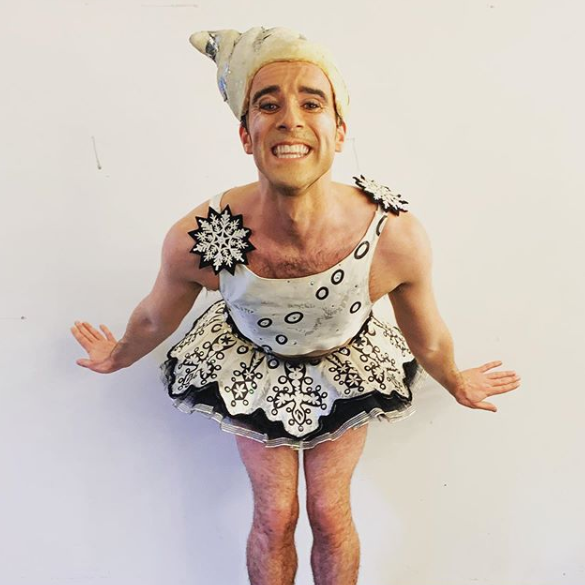 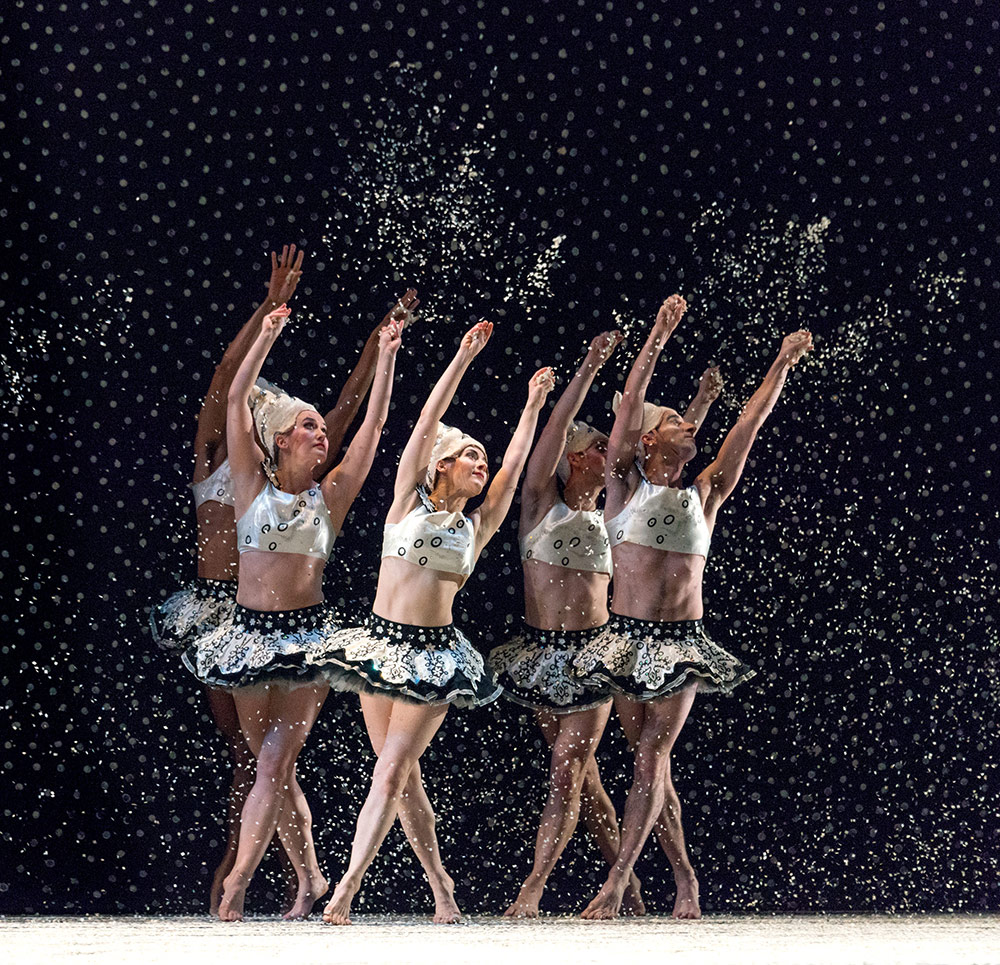 Do not let your nerves get in the way of showing how much you love to dance. That is what audiences, teachers, and your peers will really connect to.

Closing remarks: Is there anything else you would like to share; other memories or advice, words to live by, show recommendations, future aspirations for your career, etc?

I was so proud to grow up alongside such wonderful peers. I believe CCDT created some gorgeous dancers, but more than that it taught us to be wonderful young citizens of the world. Under Deborah's care we became intelligent, artistic, disciplined, generous, and open to trying the next thing. I am so proud to have been a member of a company as unique and excellent as CCDT.

Click here to learn more about Brian's recent dancing and his graduate studies at the University of Washington.

Watch some highlights of Brian's performing career in the videos below: