Nicholas Ruscica was 12 when he joined CCDT as a Core Apprentice, quickly moving up the ranks to dance as a full company member during his four years of high school. He took part in the Company's two most recent international tours, performing at the 2014 Commonwealth Youth Dance Festival in Glasgow, Scotland and at the 2015 José Limón International Dance Festival at New York City's prestigious Joyce Theater. Nicholas was cast in numerous new creations by choreographers including Belinda McGuire, Hanna Kiel, Colin Connor, Sylvie Bouchard, and Deborah Lundmark, and also performed leading roles in works by Alexander Whitley, Carol Anderson, and José Limón, among others.

Graduating with his Bachelor of Fine Arts in Dance this spring, Nicholas is already making strides into the global dance community as a powerful performing artist and creator, with no plan to slow down anytime soon.

I danced with CCDT for 6 years with 4 years of that time as a full time company member, and really had the best time and training possible. Having the opportunity to work with renowned choreographers was a true gift, and our tour to Scotland to perform Colin Connor's ARENA was a huge highlight and standout for me. I also got to tour to New York with the company, which was another fantastic opportunity in which we exchanged with artists from around the world, and performed alongside some of the best dancers I've ever seen. Joining CCDT gave me the opportunity to work with active prominent dance artists whom I still have connections to today.

Since leaving I have been in school at California Institute of the Arts where I am now in my fourth year of the BFA Dance Program. I have been furthering my studies by doing programs in the summer such as Springboard Danse Montreal, which many other CCDT alumni have gone on to do. I have also been doing some professional work on the side; last summer I was hired for a project by Hanna Kiel, and through CalArts I recently interned with the José Limón Dance Company.

After my time at CCDT I was provided with so much dance opportunity and technique that I also really wanted to start exploring myself more creatively through a choreographic lens. I have been choreographing, performing in galleries and theatres, and making lifelong connections.

I learned the ins and outs of any professional process. CCDT gives you the opportunity to work with so many different choreographers that you become a real commodity in the room because you can work effectively and efficiently. The company thoroughly prepared me for any professional process -- understanding how to be the most useful and efficient for choreographers, having amazing technique and stamina, already having exposure to a vast number of dance forms, and having the ability to expand my personal capacity as a dancer. The work ethic CCDT instilled in me is by far the most valuable skill I have learned, and something that keeps me motivated.

Nicholas, centre, performing Something About Heads by Jinglin Liao (2019).

One of my favourite works I performed at CCDT was called Star Dreamer, choreographed by Santee Smith. It was one of my first years in the company and I remember feeling so challenged and excited because I was being exposed to movement I never would have encountered, and had to remember a whole ten minutes of it. Everything about that work challenged and pushed my potential as a dancer.

A guest artist who has been very influential in my life is Colin Connor, whom I met when I was about fourteen and now is the Artistic Director of the Limón Company in New York. He is such an experienced choreographer that it was such a blessing to get to work with him at such a young age. This spring I got to do an internship with the Limón Company because of that connection I made with Colin over seven years ago. 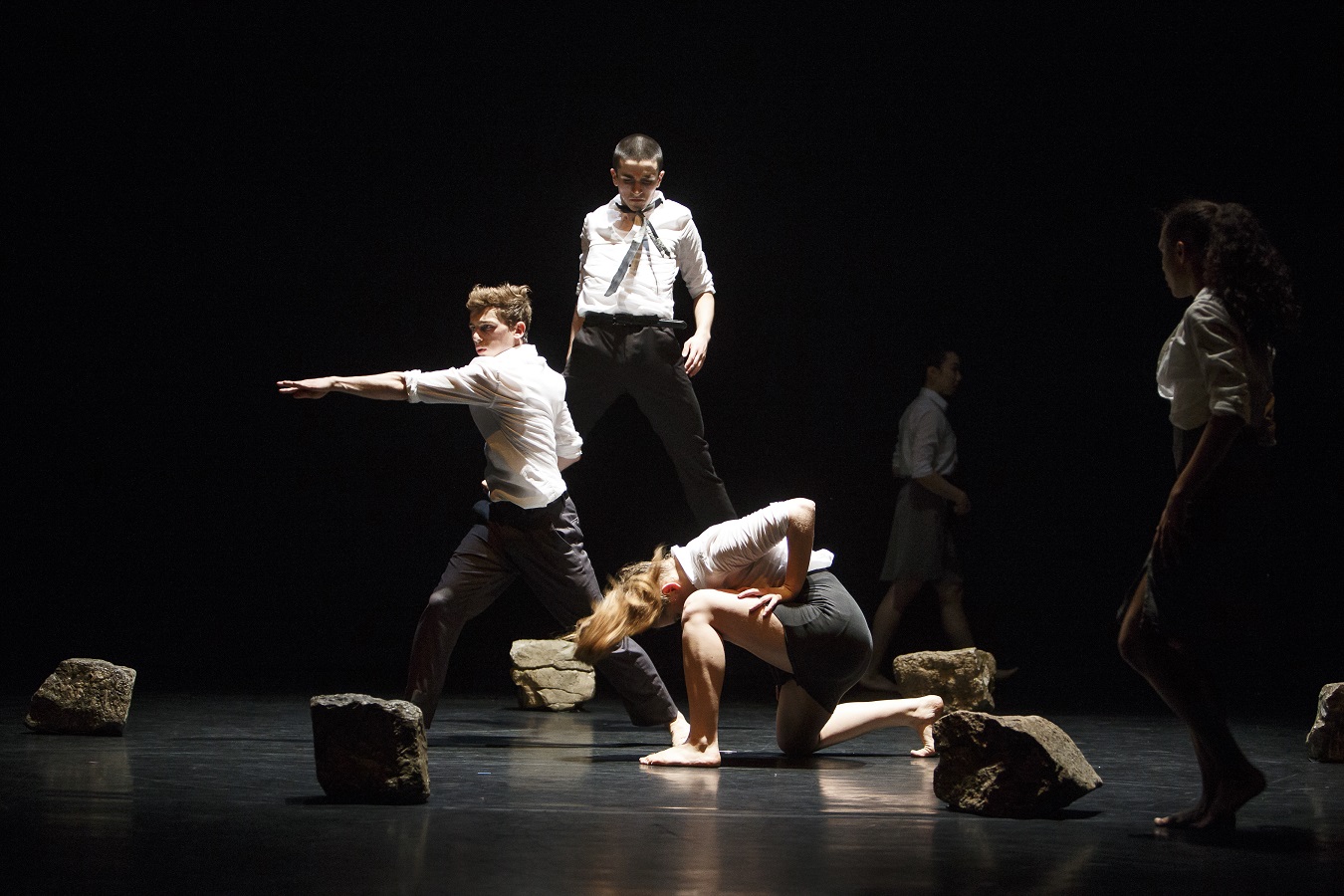 As a CCDT company member Nicholas danced in five different works by Colin Connor, including two original roles, between 2013-2016. Click any image in the gallery above for details.

Recently I have been inspired by the VIM VIGOR dance company based in New York. They have a strong emphasis on highly physical dancing which they use to enter heightened states of emotion. I have been exploring these ideas for the past few years now, and with my recent reconnection to Limón technique, have been finding a balance between the two styles of movement.

How did you balance the training and performance demands of CCDT with school, family commitments, and the rest of your life?

Dance was something that I was sure I wanted to pursue professionally from a young age, and since I knew that the work I was doing at CCDT was some of the best training offered, CCDT took precedence over my studies. That being said, I found that attending a performing arts high school (I attended Etobicoke School of the Arts) gave me more leeway and understanding when it came to getting extensions for projects or having to miss a class or two due to performances. My experience overall was one-sided in the sense that I knew dance was my main focus and area of study, but I was still able to maintain relatively high grades and have personally seen many CCDT dancers pursue both dance and strong academic studies at the same time.

The best advice I can give is to be present and observant in the audition process. One of the greatest assets of a dancer isn't necessarily technique, but a willingness to work with others and apply the information given effectively. That is why in any audition situation you need to be present to hear what specifics the directors and panel want you to achieve, whether that be a specific quality or intention, as it will always reflect well on you to be applying their feedback.